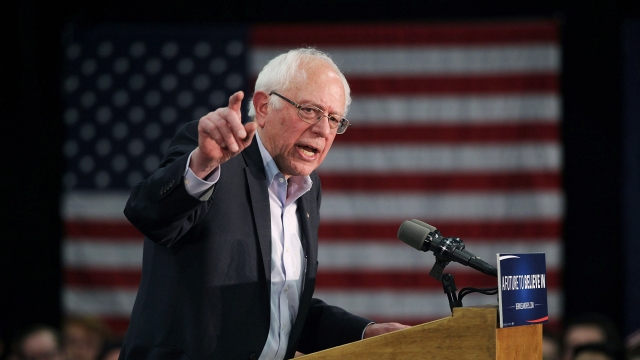 Democratic presidential hopeful Bernie Sanders released his proposal to legalize marijuana Thursday. And he says that plan could help communities "hit hardest by the war on drugs."

The Vermont senator said if he's elected president, he'll legalize marijuana during his first 100 days in office. He said he will nominate officials who "will all work to aggressively end the drug war and legalize marijuana" and issue an executive order to his attorney general to declassify marijuana as a controlled substance. He said he'd also push for legislation to "ensure permanent legalization of marijuana."

Sanders also said he would "vacate and expunge all past marijuana-related convictions," invest the tax revenue from marijuana sales in "communities hit hardest by the war on drugs" and "eliminate barriers to public benefits for people who have interacted with the criminal justice system."

He released the plan before the start of the three-day forum on criminal justice at Benedict College in South Carolina, which begins Friday. Sanders is scheduled to speak at the event, along with many of his Democratic rivals and President Donald Trump.

A majority of the Democratic candidates running for president support legalizing marijuana at the federal level, including Sens. Elizabeth Warren, Kamala Harris and Cory Booker.