Bernie Sanders Will Reintroduce 'Medicare For All' Single-Payer Plan 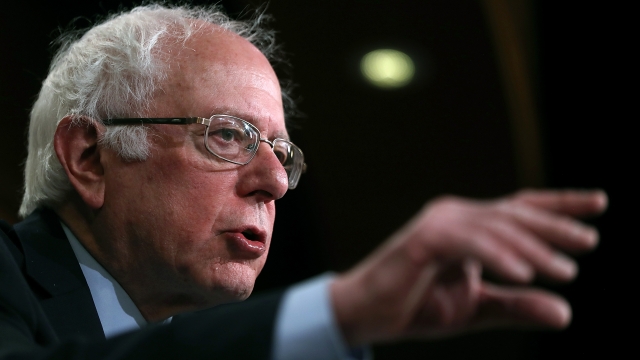 SMS
Bernie Sanders Will Reintroduce 'Medicare For All' Single-Payer Plan
By Jake Jones
By Jake Jones
March 26, 2017
At a town hall meeting, Sen. Bernie Sanders said he plans to propose his "Medicare for All" single-payer plan in the Senate.
SHOW TRANSCRIPT

Sen. Bernie Sanders is pushing for universal health care he calls "Medicare for All."

The day after Republicans abandoned their Obamacare repeal and replace bill, Sanders touted his own plan at a town hall meeting. He and Rep. Peter Welch will introduce the bill in both chambers of Congress in the coming weeks.

It's a single-payer plan that would streamline the health care market. One governmental body would cover insurance costs through taxes as well as negotiate with private industries to keep costs down.

Sanders has been making this argument for years, and it was a key plank in his presidential platform.

"There is something very wrong when the United States of America is the only major country on Earth that does not guarantee health care to all people as a right," Sanders said at a campaign rally in 2015. 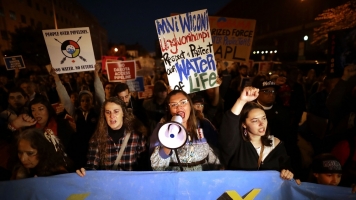 But even for those in the U.S. with employer-provided health care, costs can be high. A report compared drug and health care costs of seven countries in 2015: the U.S., the U.K., Switzerland, Australia, New Zealand, South Africa and Spain. For most of the procedures and every drug the study compared, Americans paid the highest average price.

Sanders has been an outspoken critic of both President Donald Trump and Obamacare.

But he has said he will work with Democrats to hammer out a plan, something the president might be more open to after the plan he championed was dead on arrival.