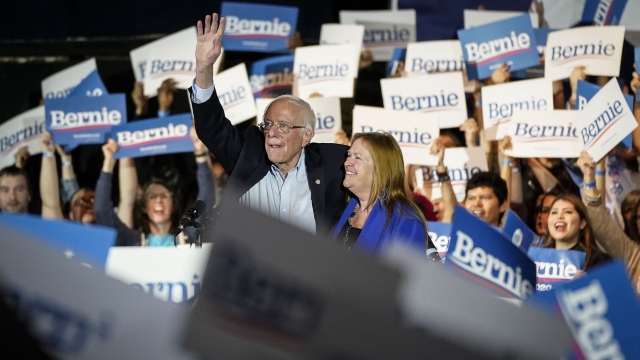 The results from the Nevada caucuses are in, and for the first time this primary season, there's a decisive winner.

The results from the Nevada caucuses are in, and for the first time this primary season, there's a decisive winner.

The Associated Press declared Sen. Bernie Sanders the winner, making him the frontrunner for the Democratic presidential nomination.

Reporting the results from the Nevada caucuses went smoother than Iowa, but it wasn't completely trouble free. Some precinct volunteers reported confusion when trying to combine the early voting ballots with the people who showed up to caucus in person. Some precinct captains ran into delays when trying to call in their results. Those struggles presumably caused the results to slowly trickle in.

The next contest happens in South Carolina on Feb. 29, with Super Tuesday coming just three days after that.