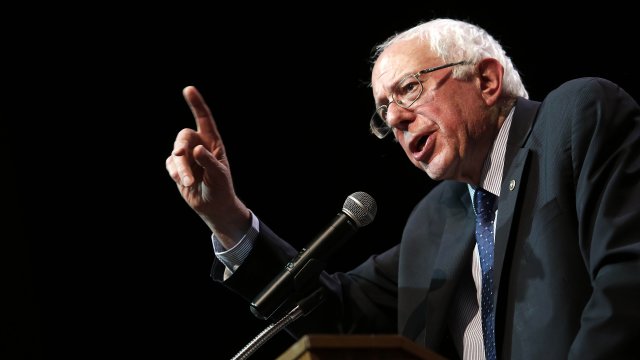 SMS
Bernie Sanders' Presidential Campaign Staffers Are Unionizing
By Alec Larson
By Alec Larson
March 17, 2019
It will be the first major-party campaign with a unionized workforce.
SHOW TRANSCRIPT

Presidential hopeful Sen. Bernie Sanders said Friday that his campaign had recognized its staffers' decision to unionize. It is the first major-party presidential campaign with a unionized workforce.

In a tweet, Sanders said: "We cannot just support unions with words, we must back it up with actions. On this campaign and when we are in the White House, we are going [to] make it easier for people to join unions, not harder."

According to the union, negotiations on a contract will begin soon, and the bargaining unit could eventually reach 1,000 members.