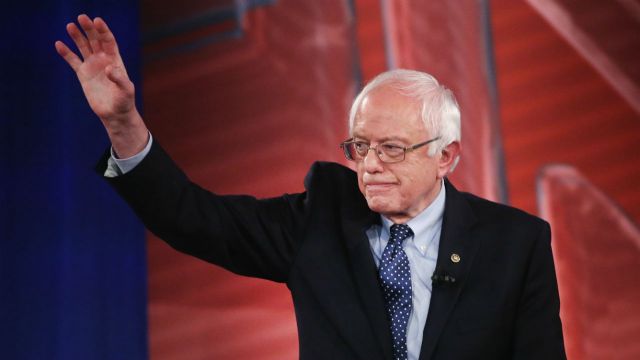 It's no secret Donald Trump has been all over television leading up to the 2016 presidential election. But Sen. Bernie Sanders has now outpaced Trump for the most guest appearances on Sunday morning political talk shows.

USA Today said that as of April 17, Sanders has appeared on 71 Sunday shows since the beginning of 2015. Trump has 70 appearances and did not appear on any Sunday shows this week or last week.

Opponents of both Trump and Sanders lag dozens of appearances behind them.

But after Trump's April 5 loss in Wisconsin to Sen. Ted Cruz, he has disappeared from Sunday morning talk shows. His absence was pretty notable since it was the first time he skipped them since November.

Sanders has won eight of the last nine primary elections and caucuses, likely putting him in demand for the Sunday morning shows.

On April 10, the first of the two Sundays Trump skipped, Sanders appeared on four out of the five shows tracked by USA Today. The only one he didn't make was Fox News Sunday.

This video includes images from Getty Images and clips from NBC, Fox News and ABC.