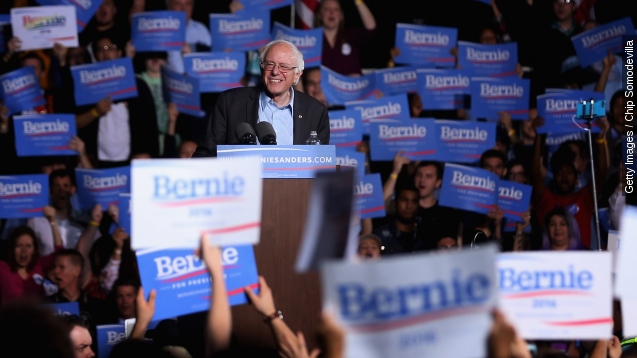 The bill falls in line with public opinion and wouldn't change much at the state level.

When Senator and presidential candidate Bernie Sanders introduced a bill to end the federal prohibition of marijuana, it made news Wednesday.

It's the first bill of its kind to be introduced in the Senate, and it happened as Sanders is campaigning for the Democratic nomination for president.

But when you think about it, it's not that radical.

First off, the bill falls in line with public opinion on marijuana. When favorability is at 53 percent among the American public, it makes sense for a presidential candidate to back the issue.

Sanders isn't the only candidate making the push. Hillary Clinton also more or less backed the idea of ending the federal ban. Across the aisle, Jeb Bush, Rand Paul and Carly Fiorina are also in agreement that it should at least be left up to the states.

So far, that's been playing out nationally. Twenty-three states have already legalized medical marijuana, and four states and the District of Columbia have legalized its recreational use, despite the federal ban.

"States should have the right to regulate marijuana the same way that state and local laws now govern sales of alcohol and tobacco," Sanders said.

This bill wouldn't legalize recreational weed nationally; it would just end the federal ban, which means it would be up to states to decide their laws, though some already have and are choosing not to enforce the federal ban.

For Sanders, it's more about fixing mass incarceration problems in the U.S. than anything else.

"A black person is almost four times more likely to be arrested for marijuana possession than a white person," Sanders said. "Too many Americans have seen their lives destroyed because they have criminal records as a result of marijuana use."