Bernie Sanders Gets A Flying Endorsement In Portland 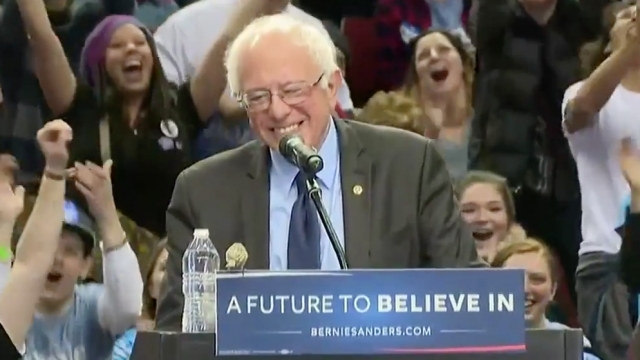 Sen. Bernie Sanders made a new friend at a rally in Portland, Oregon.

"Now you see ... this little bird doesn't know it ... " Sanders said as the bird flew on the podium.

The bird came out of nowhere and caused quite the stir.

"I think there may be some symbolism here ..." Sanders said.

The bird's motives aren't completely clear, but Sanders has an idea.

"I know it doesn't look like it, but that bird is really a dove asking us for world peace!" Sanders said after the bird flew off.

Sanders does seem more pro-bird than his possible GOP competitors.

This video includes images from Getty Images and clips from The Oregonian, Time and Cruz for President.