Bernie Sanders Complained About Offshore Tax Havens Before It Was Cool 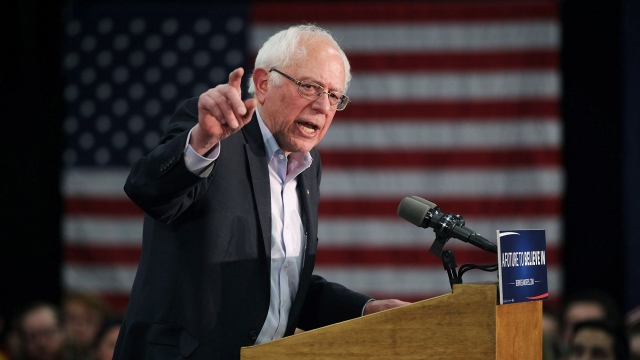 SMS
Bernie Sanders Complained About Offshore Tax Havens Before It Was Cool
By Grant Suneson
By Grant Suneson
April 5, 2016
In 2011, Sanders warned the Senate that Panama could be an offshore tax haven where wealthy people could hide their assets. Looks like he was right.
SHOW TRANSCRIPT

The 11 million documents exposing the shady and potentially illegal practice of stashing money overseas, now known as the Panama Papers, is an unprecedented leak of information.

But one presidential candidate predicted the threat of offshore tax havens years ago.

Bernie Sanders said in 2011 the proposed U.S.-Panama Trade Promotion Agreement would make it easier for wealthy people to evade taxes.

"Well, it turns out that Panama is a world leader when it comes to allowing wealthy Americans and large corporations to evade U.S. taxes by stashing their cash in offshore tax havens," Sanders said.

That bill passed, despite Sanders’ estimation the country was losing $100 billion in taxes because of the loopholes.

We’re now seeing the extent of that practice in other countries, largely in Europe. What's odd is the Panama Papers have a surprisingly small amount of Americans in them, considering the size and wealth of the U.S.

Reporters still have a lot of data to sift through, and more Americans could pop up. But for now, very few Americans have been implicated in the scandal.

But even if wealthy U.S. investors aren’t stashing their cash in Panama, that doesn’t mean they’re paying their taxes like the rest of us. They’re likely using other countries for convenience.

Politico wrote: "Panama is a Spanish-speaking country, while Bermuda, [British Virgin Islands] and the Cayman Islands all use English. Wealthy Americans are also more confident in the political systems of the three countries as opposed to Panama, which many see as more unstable."

While Sanders may not have been exactly right about Panama becoming a huge tax haven for Americans, the leak comes at a perfect time for his campaign. The data reinforces his number one talking point —  the wealthiest citizens aren’t paying their fair share.

This video includes clips from C-SPAN and Bernie 2016 and images from Getty Images.