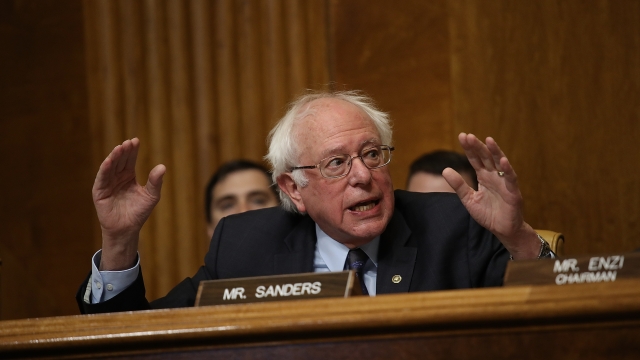 But Sanders is joining an already-crowded and diverse field of candidates for the Democratic nomination.

"Together you and I, and our 2016 campaign, began the political revolution. Now it is time to complete that revolution and implement the vision that we fought for," Sanders said in his campaign announcement video.

The Vermont lawmaker previously campaigned for the White House during the 2016 election, but lost the Democratic nomination to Hillary Clinton after a competitive primary battle.

The self-described "Democratic socialist's" 2016 platform focused on progressive values like expanding Medicare and eliminating income inequality. He told Vermont Public Radio that he'll be championing a lot of those same ideas this time around.

But Sanders is joining an already-crowded and diverse field of candidates for the Democratic nomination. A number of those challengers are some of his colleagues in the U.S. Senate, including Sens. Cory Booker and Amy Klobuchar.