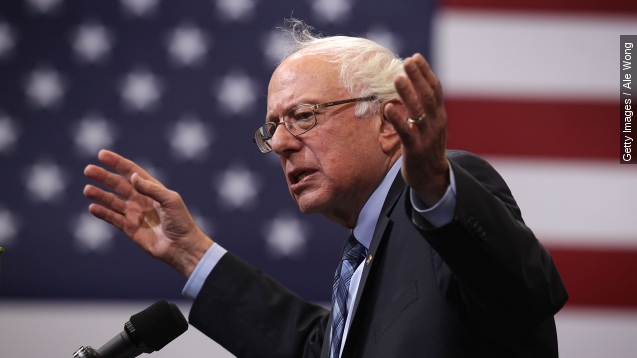 "The son of a Polish immigrant, who grew up in a Brooklyn tenement. He went to public schools, then college," the ad says.

The minute-long spot is mainly biographical, but it also hits familiar touchstones like income inequality, Wall Street and corruption.

It also shows Sanders near Martin Luther King Jr. at the March on Washington and puts focus on Sanders' civil rights background. That's speaking to a group of voters Sanders has struggled to connect with.

An August Gallup poll showed only a third of black voters were familiar with him, compared to 92 percent for Hillary Clinton, 80 percent of whom had a favorable opinion of her.

The ad closes on a subtle dig at Sanders' rival.

"An honest leader, building a movement with you," the ad says.

Clinton can't seem to shake the perception that she's untrustworthy, according to a Wall Street Journal /NBC News poll.

CNN reported the Sanders campaign will spend $2 million to run the ad for 10 days in Iowa and New Hampshire, the early primary states.

The Clinton campaign has been running ads in those states since August, spending $3.4 million on media in the third quarter alone.