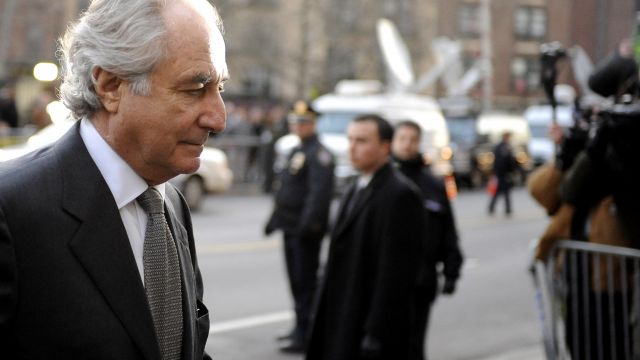 Bernie Madoff's Ponzi scheme victims might finally get their money back after years of no payment at all.

The U.S. Justice Department seems to be getting a little closer to compensating the victims of Bernie Madoff's huge Ponzi scheme.

After the collapse of Madoff's massive scam in 2008, the Department of Justice set up a Madoff victim fund to get money back to the people who'd lost it in the scam.

But the fund hasn't paid any of the victims yet, and for some lawmakers, that's a problem.

Rep. Vern Buchanan reiterated his call this week for the Justice Department to expedite the process.

Will Trump Push For Regulations On Wall Street? It Could Happen

President Trump says he's looking into a revived Glass-Steagall Act, something both he and Sen. Bernie Sanders campaigned on.

According to the representative, many of Madoff's victims are from Buchanan's home state of Florida

But now, the administrator in charge of the DOJ's fund for the victims has a new message: The money is coming.

He says the DOJ approved more than 35,000 petitions adding up to more than $6.5 billion in losses total. The first batch of checks should be headed out this year.