Here Are The Fraud Accusations Against Bernie And Jane Sanders 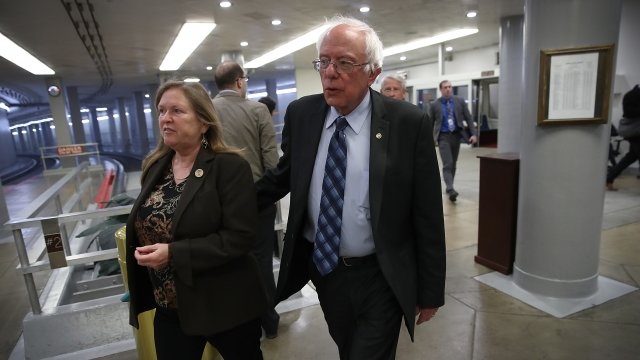 Jane Sanders, wife of Bernie Sanders, is under federal investigation for possible fraud.

Investigators are looking into claims that Jane Sanders misrepresented donor numbers to get a loan for the now-closed Burlington College. She was the institution's president from 2004 to 2011.

In 2010, Sanders was trying to get a $10 million loan to expand the school's grounds. To get the loan, the college had to have a minimum of $2.27 million in grants and donations to pay the loan back.

Documents show she claimed to have $2.6 million in donations.

But according to Brady Toensing — the chairman of President Donald Trump's Vermont campaign and the man who filed the complaint in January 2016 — those numbers were inflated.

Now, Politico reports the Sanders have hired two high-profile attorneys to defend them against the allegations.

Politico also reports feds may be looking into claims that Bernie Sanders used his political influence to urge the bank to approve the loan. Sanders has called all of the allegations "nonsense."