Suspect In Berlin Christmas Market Attack Has Been Killed 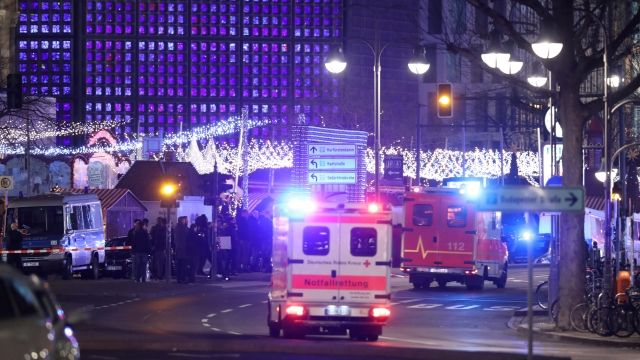 The man suspected of driving a truck into a crowded Christmas market in Berlin has been killed.

Italian Interior Minister Marco Minniti said police stopped Anis Amri near Milan on Friday. The suspect reportedly pulled out a gun when asked for his identification papers. He shot one officer before being killed.

Minniti said there is "no doubt" the man killed was Amri.

The 24-year-old was the prime suspect in Monday's Christmas market attack. Officials say they found papers belonging to Amri in the semitruck that crashed into the crowd.

The truck's original driver was reportedly stabbed and shot to death before the attack.

Amri has been linked to an ISIS recruitment network operating in Germany. Officials also say an asylum request made by the Tunisian native was denied earlier this year.

A spokesperson for the German foreign ministry said Berlin is "grateful" to Italian authorities.