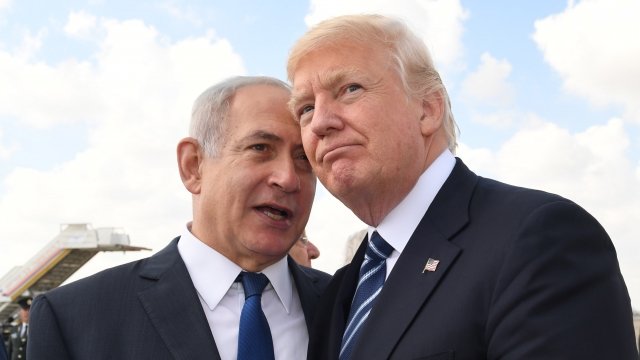 Israeli Prime Minister Benjamin Netanyahu made it clear once again what he thinks of the Iran nuclear deal.

"This is a bad deal. Either fix it or cancel it," he said.

His remarks come after Reuters cited U.S. officials saying Israel would prefer that the deal — officially known as the Joint Comprehensive Plan of Action — stay in place.

Israel's distaste for the deal isn't breaking news. But Netanyahu's comments have a new urgency thanks to some recent events in neighboring Syria.

Lebanese political and militant group Hezbollah declared victory in its fight in Syria. Hezbollah formed during Israel's occupation of Lebanon in the 1980s and is stridently anti-Israel. And the U.S. State Department has accused Iran of sponsoring Hezbollah. 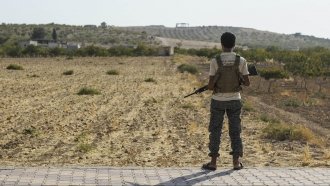 "Iran's terror has not stopped," Netanyahu said. "They have a terror machine that encompasses the entire world with their sidekick, Hezbollah. ... In the case of Iran, it is not merely terror, it is also the quest for nuclear weapons."

Israel and Hezbollah fought two wars following the occupation of Lebanon — once in 2000, when the militia pushed the Israel Defense Forces out of the country, and again in 2006 following a Hezbollah attack on Israeli soil. Since then, Iran has helped to re-arm Hezbollah, sent the group money and even helped train fighters. Israel accused Iran of building missile production sites in Syria and Lebanon, both of which share borders with the Jewish state.

President Donald Trump isn't a fan of the nuclear deal with Iran either. But he has recertified it twice since taking office. The deal comes up for renewal every 90 days, which means the next go-round is scheduled for Oct. 15.

Between now and then, Netanyahu has a chance to lobby Trump on the sidelines of the United Nations General Assembly, which convened in New York City on Tuesday.