Benjamin Netanyahu: Israel Is 'Too Small' To Accept Refugees 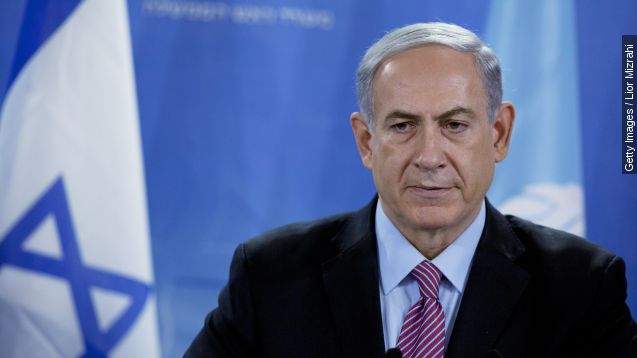 With millions of Syrians displaced by the country's civil war, surrounding countries are scrambling to figure out what to do with the influx of refugees.

Israel's Prime Minister Benjamin Netanyahu, however, is trying to prevent any refugees from coming across the border at all.

Sunday, he said, "Israel is not indifferent to the human tragedy of the refugees from Syria and Africa. But Israel is a small country, a very small country, that lacks demographic and geographic depth; therefore, we must control our borders."

Critics of Netanyahu say he's forgetting Israel's past. Opposition leader Isaac Herzog pointed out the largely Jewish nation aided those displaced by war in the past.

"Our people experienced firsthand the silence of the world and cannot be indifferent in the face of the murder and massacre raging in Syria," he wrote on Facebook.

Herzog is, of course, referring to the Holocaust, after which the newly formed state of Israel took in more than 100,000 displaced people.

Instead of opening its borders to Syrian refugees, Israel is actually reinforcing them. Netanyahu also announced the nation would add on to an existing border fence with Jordan, and plans to add more in the future. (Video via State of Israel Prime Minister's Office)

There's also pressure coming from the international community for Israel to ease restrictions on its borders.

Palestinian president Mahmoud Abbas pressed the U.N. to urge Israel to allow more refugees to pass through the borders it controls.

The U.N. estimates there are more than half a million Palestinian refugees in camps in Syria. But they can't return to their homeland because Israel controls the external borders they would need to cross.