The Perks and Pitfalls of State-Managed Election Systems 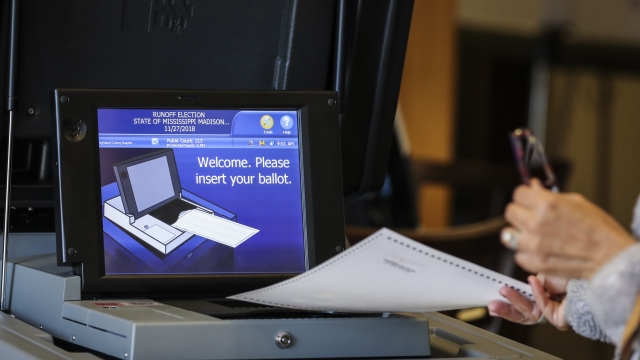 SMS
The Perks and Pitfalls of State-Managed Election Systems
By Lauren Magarino
By Lauren Magarino
July 26, 2019
Election cybersecurity is a federal talking point, but state election offices are tasked with combatting it and several other challenges.
SHOW TRANSCRIPT

"This is a secret vote. No one ever sees another person mark his ballot."

Voting is a right in the United States.

It's a right women fought for... then African Americans... and now former felons.

Why? Because the right to vote holds power to shape our democracy.

And that power is, and has been, under attack.

"In your investigation did you think this was a single attempt by the Russians to get involved in our election or did you find evidence to suggest they will try to do this again?" Rep. Will Hurd said.

"It was not a single attempt, they are doing it as we sit here and they expect to do it during the next campaign," Robert Mueller said.

But cybersecurity isn't just an issue for the federal government. State governments are dealing with it too.

That's because they are responsible for running their own state election offices, largely because of The National Voter Registration Act of 1993 and the Help America Vote Act of 2002.

The acts also back these procedures by providing funding to all 50 states.

States controlling their own election systems has several perks.

-If something goes wrong, voters don't have to look far to try and get answers.

-It allows states to figure out what practices work best based on its constituency.

-It also, in theory, makes it harder to rig an election because every state pretty much has a different election system in place.

But those state differences are one side of a double-edged sword.

State partisan drama can affect election systems, like in Minnesota.

There's conflict along party lines over accepting up to $6.6 million in federal funding for election cybersecurity.

Local control can sometimes also lead to voting experiences being different based on a voter's zip code.

Partisan gerrymandering is prevalent in some cases, as we've even seen it reach the Supreme Court.

And of course every state is dealing with cybersecurity. They've had to become IT experts, and fast, which can be risky.

Rhode Island installed a system that encrypts all data from its election system AND invested in another system that monitors it for ransomware.

These are just some of the benefits and risks of states managing their election systems. How they'll stand up during the upcoming presidential election? We'll have to wait and see.