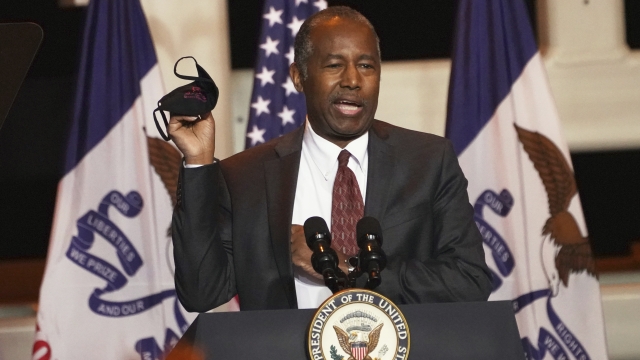 About one month after the White House coronavirus outbreak that led to President Trump, the First Lady, and his youngest son testing positive, it appears a new outbreak is emerging.

According to a statement from the department's Deputy Chief of Staff, Carson is in quote "good spirits and feels fortunate to have access to effective therapeutics which aid and markedly speed his recovery.”

Both Carson and Meadows attended the president's post-election speech early Wednesday morning. Meadows was seen maskless. Unclear if Ben Carson was, but he's previously been seen maskless at recent rallies.