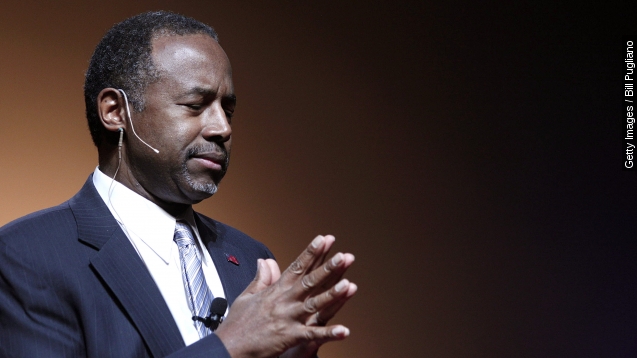 Republican presidential candidate Ben Carson deployed a secret weapon Thursday morning to appeal to black voters. You're going to want to use headphones for this one.

"Go 'head and support Ben Carson for our next president and be awesome," Aspiring Mogul raps.

Carson has performed well in polls — tying Donald Trump and besting Hillary Clinton in a potential "final faceoff," according to a Quinnipiac University national poll. But his most surprising stat line so far is his double-digit support from black voters — a first for a Republican candidate since George H.W. Bush.

According to ABC, Carson's camp believes 20 percent of black votes is what's needed to beat Clinton in a general election. His hip-hop ad could help with that if black voters are feeling it.

This video includes images from Getty Images and music from "dark roasted" by Birocratic.