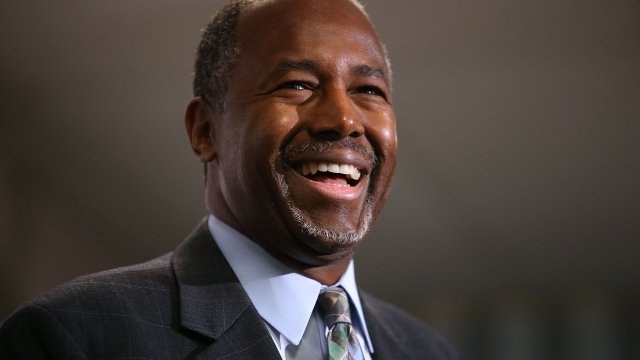 Investigators with the Department of Housing and Urban Development have cleared Secretary Ben Carson of misconduct allegations connected a $31,000 dining room set ordered for his office in 2017.

According to a report released by HUD's inspector general this week, the department ordered the pricey new furniture because career officials decided the existing dining room set was in poor condition and should be replaced.

Those officials didn't get congressional approval for the order, which is required under federal law for office furniture purchases over $5,000.

But, as the report noted, the department didn't end up purchasing the set after Carson asked to cancel the order in response to media scrutiny. And investigators said they didn't find any evidence that Carson "exerted improper influence on any departmental employee" in connection with the order.

In an interview with Fox Business Network Thursday, Carson said: "I was so disgusted with that story, because they try to claim that I want to buy expensive furniture while I'm trying to take money away from the poor people. There's probably no one in Washington who cares less about furniture than I do."

The department declined to comment any further on the report.