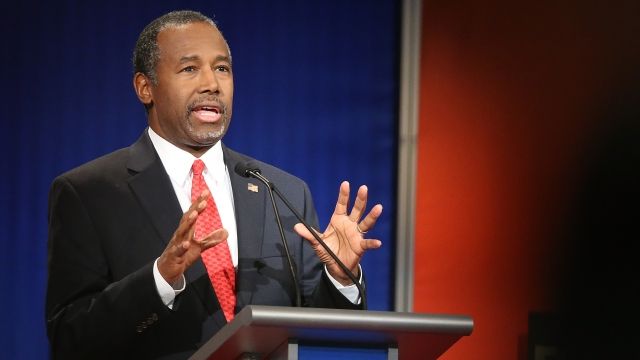 One of Ben Carson's campaign volunteers died Tuesday in a car accident in western Iowa.

The Republican presidential hopeful posted a statement on his website that said, "A van transporting three campaign volunteers and a Carson campaign employee hit a patch of ice and flipped on its side where it was struck by another vehicle."

Twenty-five-year-old Braden Joplin was transported to the University of Nebraska Medical Center with serious injuries. He died at the hospital around 4:30 p.m.

According to The Des Moines Register, Joplin was a student at Texas Tech University who took the semester off from school to save money. He had been in Iowa volunteering for Carson's campaign since early January.

The three other passengers injured in the crash were treated at an Iowa hospital and later released.

Carson has temporarily suspended his campaign and announced plans to travel to Omaha Tuesday to be with Joplin's family.

So far, there's no word on whether Carson will attend his scheduled campaign stops in Glenwood, Iowa, and Atlantic, Iowa, on Thursday.