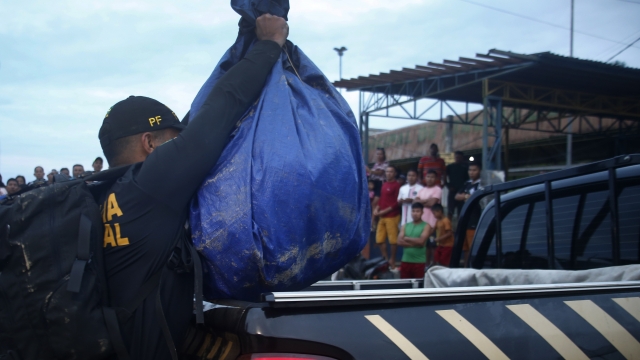 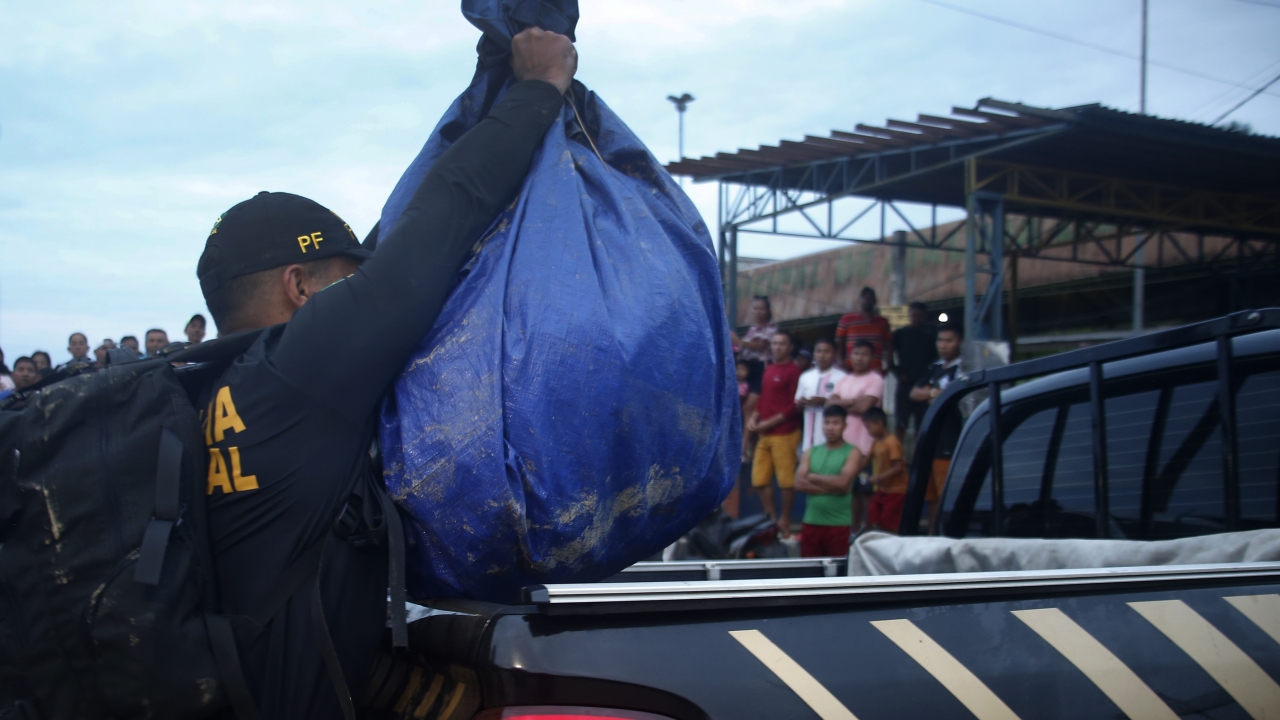 The search for an Indigenous expert and a journalist who disappeared in a remote area of Brazil's Amazon continued on Monday following the discovery of a backpack, laptop and other personal belongings submerged in a river.

The items were taken by Federal Police officers by boat to Atalaia do Norte, the closest city to the search, and police said Sunday they had identified the items as belonging to the missing men, including a health card and clothes of Bruno Pereira, the Brazilian Indigenous expert.

The backpack, which was identified as belonging to freelance journalist Dom Phillips of Britain, was found tied to a tree that was half-submerged, a firefighter told reporters in Atalaia do Norte. It is the end of the rainy season in the region and part of the forest is flooded.

Pereira was an adviser to the Univaja Indigenous association and its searchers were still hunting for the men on Monday, according to Orlando Possuelo, a member of the group, Federal police issued a statement denying reports their bodies had been found, though police earlier reported finding traces of blood in the boat of a fisherman who is under arrest as the only suspect in the disappearance.

Last week, officers also found organic matter of apparent human origin in the river. The materials were being analyzed.

Search teams had concentrated their efforts around a spot in the Itaquai river where a tarp from the boat used by the missing men was found Saturday by volunteers from the Matis Indigenous group.

"We used a little canoe to go to the shallow water. Then we found a tarp, shorts and a spoon," one of the volunteers, Binin Beshu Matis, told The Associated Press.

Pereira, 41, and Phillips, 57, were last seen June 5 near the entrance of the Javari Valley Indigenous Territory, which borders Peru and Colombia. They were returning alone by boat on the Itaquai to Atalaia do Norte but never arrived.

That area has seen violent conflicts between fishermen, poachers and government agents. Violence has grown as drug trafficking gangs battle for control of waterways to ship cocaine, although the Itaquai is not a known drug trafficking route.

Authorities have said police are investigating possible links to an international network that pays poor fishermen to fish illegally in the Javari Valley reserve, which is Brazil's second-largest Indigenous territory.

One of the most valuable targets is the world's largest freshwater fish with scales, the arapaima. It weighs up to 440 pounds and can reach 10 feet. The fish is sold in nearby cities.

But federal police have not ruled out other lines of investigation, such as drug trafficking.

The only known suspect in the disappearances is fisherman Amarildo da Costa de Oliveira, also known as Pelado, who is under arrest. Indigenous people who were with Pereira and Phillips say he brandished a rifle at them the day before they disappeared.

The suspect denies any wrongdoing and said military police tortured him to try to get a confession, his family told the AP.

Pereira, who previously led the local bureau of the Brazilian government's Indigenous agency, known as FUNAI, has taken part in several operations against illegal fishing. In such operations, as a rule the fishing gear is seized or destroyed, while the fishermen are fined and briefly detained. Only the Indigenous can legally fish in their territories.

In 2019, Funai official Maxciel Pereira dos Santos was gunned down in Tabatinga in front of his wife and daughter-in-law. Three years later, the crime remains unsolved. His FUNAI colleagues told the AP they believe the slaying was linked to his work against fishermen and poachers.

Rubber tappers founded all the riverbank communities in the area. In the 1980s, however, rubber tapping declined and they resorted to logging. That ended, too, when the federal government created the Javari Valley Indigenous Territory in 2001. Fishing has become the main economic activity since then.

An illegal fishing trip to the vast Javari Valley lasts around one month, said Manoel Felipe, a local historian and teacher who also served as a councilman. For each illegal incursion, a fisherman can earn at least $3,000.

"The fishermen's financiers are Colombians," Felipe said. "In (the city of) Leticia, everybody was angry with Bruno. This is not a little game. It's possible they sent a gunman to kill him."