Belgium's Soccer Authority Moves A Match From Brussels After Attacks 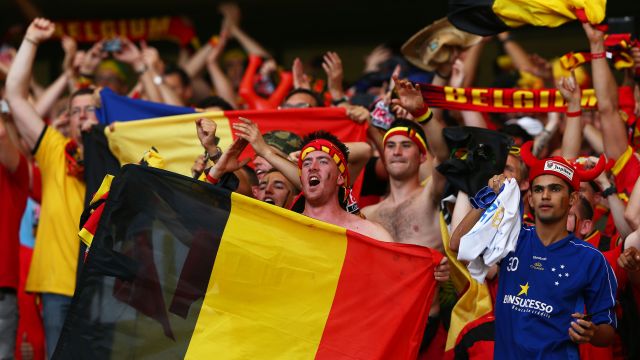 After Tuesday's terrorist attacks, a scheduled soccer match between Belgium and Portugal will no longer take place in Brussels.

The friendly was supposed to take place next Tuesday at King Baudouin Stadium, but, citing the nation's current terror threat level, the Royal Belgian Football Association decided to move the game to Portugal instead.

Officials originally canceled the game but made the decision to move it to Portugal hours later.

The Belgian Red Devils canceled their training after Tuesday's explosions in Brussels that killed more than 30 people and injured over 270. ISIS has claimed responsibility for the attacks.

Security at these international soccer matches is already tight, and it's expected to be even tighter following the recent bombings.

In November, at least one suicide bomber in Paris attempted to enter a soccer match between France and Germany. He was discovered by security and set off the suicide vest outside the stadium.

During the match, loud explosions could be heard inside the Stade de France, an 80,000-person venue.

"Everything was fine. France won the game and we were happy. And then at the exits of the stadium the atmosphere changed. There was a mass stampede. Everyone started to panic," one witness told France 24.

Vincent Kompany, captain of the Belgian Red Devils, wrote on Twitter Tuesday he was "horrified and revolted." He said, "I wish for Brussels to act with dignity" in response to the attacks.