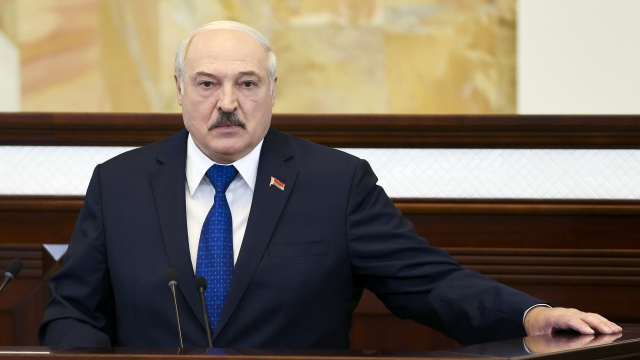 Belarus' leader is pushing back against allegations he diverted a Lithuania-bound flight Sunday to arrest an opposition journalist on board.

President Alexander Lukashenko said he ordered the plane to land in Minsk because of a bomb threat, though nothing was found.

Lukashenko dismissed Western criticism of the event, calling it an "absolute lie." He also accused European leaders of waging what he called a "hybrid war" by threatening new sanctions against Belarus.

Opposition groups have called on Lukashenko to resign since August, when he won a sixth term in an election they say was rigged.