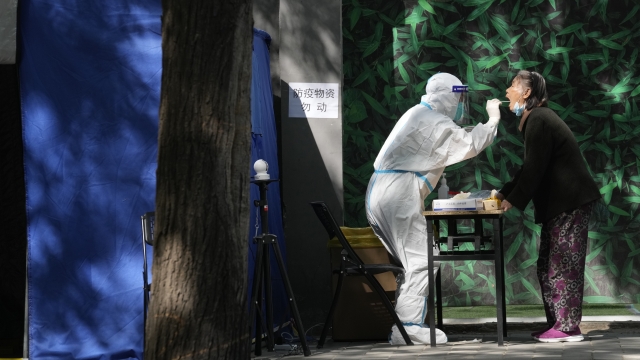 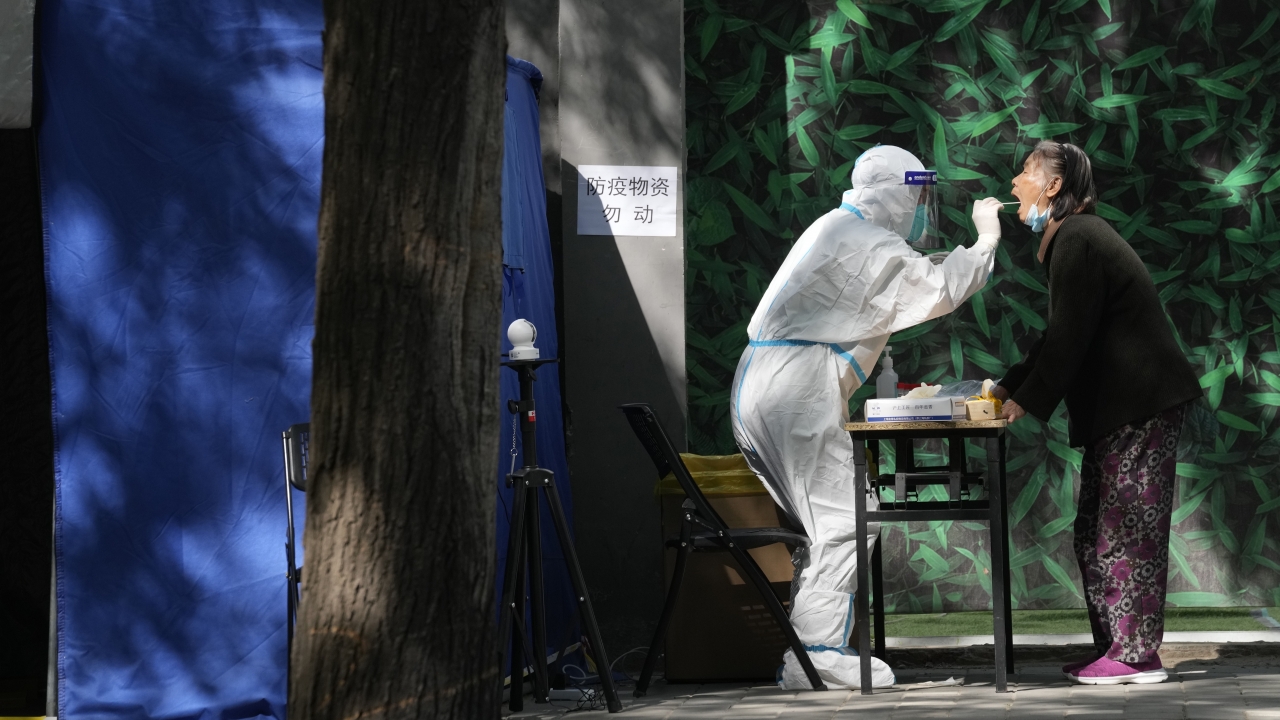 Beijing is preparing new hospital facilities to deal with a possible spike in COVID-19 cases, even though the numbers of new cases remain low.

State media reported Tuesday a 1,000-bed hospital at Xiaotangshan in the northeastern suburbs built for the 2003 SARS outbreak has been refurbished in case it's needed.

City officials on Saturday also announced they were setting up a 10,000-bed quarantine facility in the sprawling China National Exhibition Center to house those who have tested positive and their close contacts.

However, no more has been said about such plans and the reports have largely disappeared, a possible sign officials are seeking to avoid spreading additional fears in a city already on edge.

New cases in Beijing have remained steady, with another 62 reported on Tuesday, 11 of them showing no symptoms, up just slightly from about 50 per day over the weekend. Beijing has reported about 450 cases in the two-week-old outbreak.

China has stuck to its strict "zero-COVID" approach that restricts travel, tests entire cities and sets up sprawling facilities to try to isolate every infected person. Lockdowns start with buildings and neighborhoods but become citywide if the virus spreads widely.

Beijing has isolated a few communities, but shied away from the sweeping citywide measures seen elsewhere.

That's a possible reflection of the desire to maintain an outward calm in the city that more than anything symbolizes the Communist Party's unopposed rule over the vast country. The urge is especially critical in a year when President Xi Jinping is seeking a groundbreaking third five-year term as party leader despite concerns about the return of single-man rule.

Xi has closely identified himself and the party with "zero-COVID," making it politically impossible to abandon the approach, even as many other countries relax their pandemic restrictions and experts question its usefulness, saying vaccines and new treatments for COVID-19 make it unnecessary.

Beijing has ordered restaurants and gyms closed for the May Day national holiday that runs through Wednesday, while major tourist sites in the city, including the Forbidden City and the Beijing Zoo, will close their indoor exhibition halls starting Tuesday. Schools are closed indefinitely, even while senior students prepare for crucial exams.

Three more rounds of testing have been ordered for most of the city's 21 million people starting Tuesday, following a similar requirement last week. A negative test result obtained within the previous 48 hours is required to gain entry to most public spaces.

Meanwhile, authorities in Shanghai are slowly beginning to ease lockdown restrictions that have confined most of the city's 26 million people to their apartments, housing compounds or immediate neighborhoods for close to a month, and in some cases longer.

Shanghai reported another 5,669 cases on Tuesday, all but 274 of them asymptomatic, along with an additional 20 deaths. China's largest city, home to its main stock market and biggest port, recorded a daily peak of 27,605 new cases nearly three weeks ago on April 13.

Shanghai's surprisingly low death toll amid an outbreak of more than 400,000 cases has sparked questions about how such deaths are tallied.

The severe lockdown conditions have led to massive disruptions including food shortages and a wider, though likely temporary, impact on the national economy. Desperate, outraged citizens have confronted authorities at barricades and online, screamed out of their windows and banged pots and pans in a sign of their frustration and anger.

In a development likely to lower confidence in public services, a video showing funeral parlor workers returning a body bag containing a live person to a retirement home has been circulating online.

A Shanghai district government confirmed the incident and said five officials have been punished and the license of a doctor revoked.

In the incident Sunday, two funeral parlor workers in full protective suits carried a yellow body bag out of a hearse. They then opened the bag and appeared to show a medical worker from the Xinchangzheng Nursing Home that the person was still alive. He or she was then swiftly returned inside the home.

The incident triggered outrage on Chinese social media, with people questioning the reliability of the social welfare system during the prolonged lockdown.

The government of Putuo district where the nursing home is located said in a statement Monday that the person in the video has been receiving treatment in a hospital and has stable vital signs.