Behind The Scenes Of The Scripps Spelling Bee With LeVar Burton 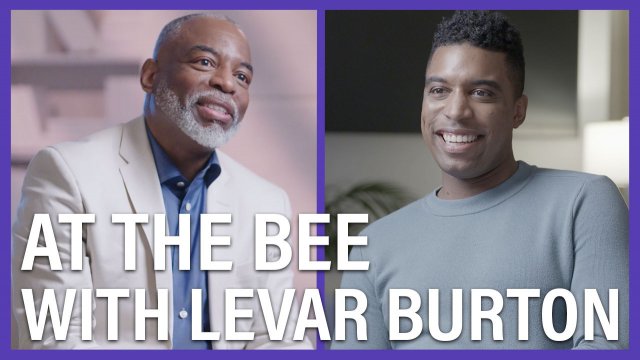 More than 200 kids from around the world gather to compete in the Scripps National Spelling Bee — a contest that’s been running for almost a century now.

As always, these child geniuses are the stars of the show.

But this year, they're joined by a host who brings his own star power: actor and author LeVar Burton.

For many, Burton is known for his iconic roles in series like "Roots" and "Star Trek," but for a certain generation of fans, his name is synonymous with reading and, well, with words.

That makes his move to join the Spelling Bee a natural fit. In the lead-up to the spelling championship finals, Newsy's Christian Bryant got the chance to go behind the scenes with Burton at the Bee, to chat with him about the new job and reflections on a career in pop culture.