Beer With Us: 'Dry January' Is The Worst, Best New Year's Resolution 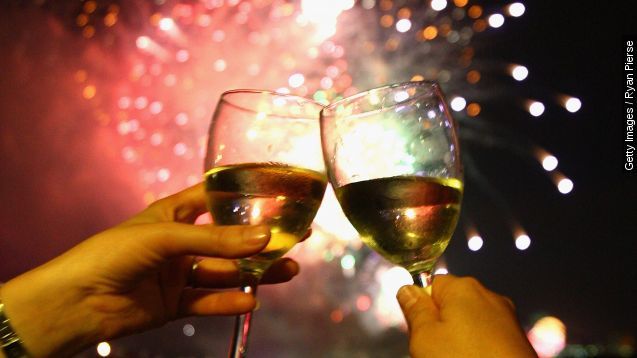 Because not drinking for a month — or even trying not to — might help reduce your overall alcohol consumption in the future.

Many people will set many different resolutions this new year, one of which will undoubtedly be to successfully complete Dry January. But is giving up alcohol for an entire month worth it? Yeah, it probably is.

Out of the 857 people who participated in the study, 64 percent successfully completed the Dry January challenge.

Those who completed the challenge tended to drink less often, get drunk less often and have fewer drinks in one sitting six months later.

Plus, past studies have found giving up alcohol for a month can have quick and substantial health benefits: better liver function, lower blood pressure and even a reduced risk of liver disease and diabetes.

What's more, the researchers noted few of the study participants drank a lot when they started drinking again.

The one catch for this study, though, is the people who participated did volunteer, meaning they may not be representative of the general public.