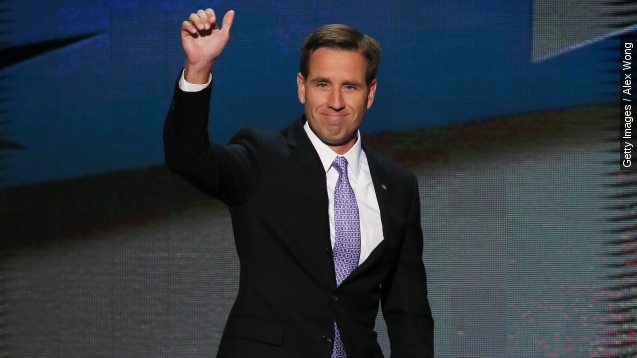 Beau Biden had been diagnosed with brain cancer in 2013. He was 46 years old.

Beau Biden had been diagnosed with brain cancer in 2013, at a time he'd been considering making a run for governor of Delaware. (Video via BarackObama.com)

"Be there for my dad like he was for me."

His speech in 2008 at the Democratic National Convention introducing his father was moving and personal, and launched him onto the national stage.

A statement from the office of the vice president called the former Delaware Attorney General "the finest man [the Biden family have] ever known."

Beau Biden is survived by his wife and two children.