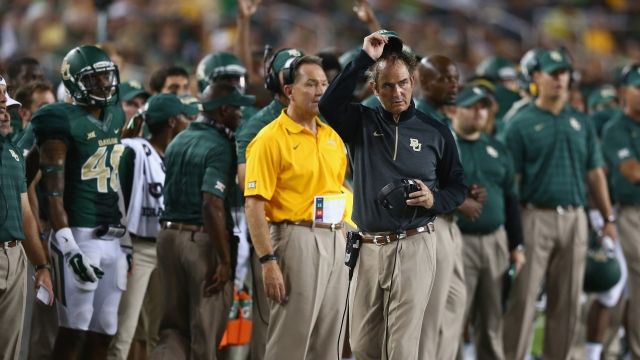 SMS
Lawsuit: Baylor Football's Sex Scandal Is Larger Than Previously Known
By Grant Suneson
By Grant Suneson
January 27, 2017
A former Baylor student is suing the school because she says it was negligent in handling rape claims against football players.
SHOW TRANSCRIPT

Baylor University is being sued again — this time, by a former student who claimed the school and its athletic program were negligent and let football players get away with rape.

The suit comes from a woman who accused Baylor of ignoring Title IX anti-discrimination laws. She says she was raped by two Baylor players in 2013, but that they were never charged.

Attorneys for the woman said they found 52 acts of rape by more than 30 players during a four-year stretch of former head coach Art Briles' tenure. 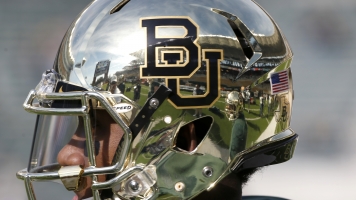 Briles was fired in 2016 because school officials said he allowed a permissive culture that didn't address accusations and skirted Title IX regulations.

Baylor's former Title IX coordinator resigned after she says she was set up to fail.

"She wanted to get to Waco Police Department reports, and when she made that request, she got an email from a university vice president saying that those were off limits," reporter Armen Keteyian said on CBS.

An earlier independent investigation found more than a dozen reported assaults. It said the school did little to stop them or discipline the players.