Bayer To Invest $5.6B In Researching New Weedkilling Methods 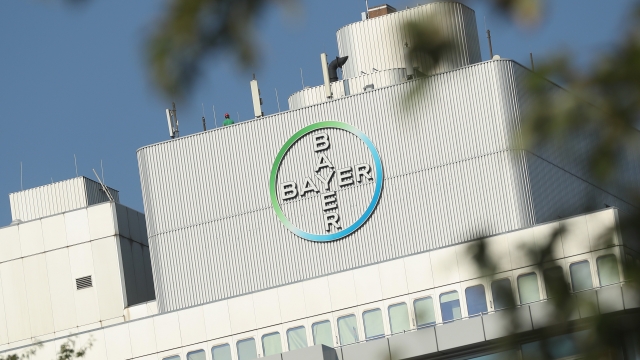 SMS
Bayer To Invest $5.6B In Researching New Weedkilling Methods
By Ahmed Jawadi
By Ahmed Jawadi
June 14, 2019
Bayer said it plans to spend over $5 billion to research weed-killing methods that don't involve glyphosate, the key ingredient in Roundup.
SHOW TRANSCRIPT

Pharmaceutical company Bayer has announced it will invest billions of dollars in developing "additional methods to combat weeds."

According to a press release on Friday, the company said it plans to invest approximately $5.6 billion over the next 10 years to research weed-killing methods that don't involve glyphosate, the active ingredient in the Roundup line of herbicides.

Bayer's been entangled in multiple lawsuits ever since it purchased Roundup's maker, Monsanto, for more than $60 billion last year. Plaintiffs argue the weedkiller's active ingredient contributed to their cancer diagnoses. The company has consistently denied the accusations, saying the product is safe to use under the label's directions.

Bayer also said it's working on reducing "the ecological footprint" of its agricultural products and reducing its environmental impact by 30% within about 10 years. It said that includes "developing new technologies, scaling down crop protection volumes, and enabling more precise application."