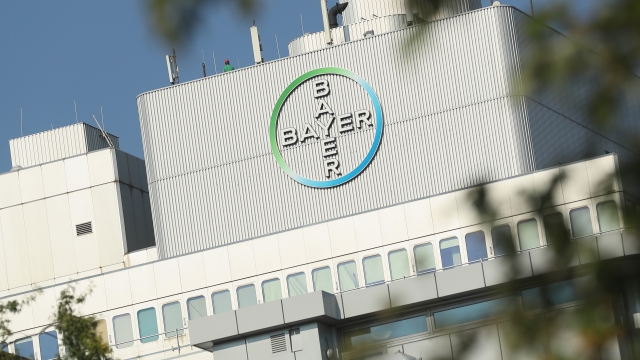 Pharmaceutical company Bayer is investigating its own pesticides unit for compiling information on stakeholders.

On its website Tuesday, Bayer confirmed that Monsanto kept records of non-public information about pesticide supporters and critics across Europe. French media outlets say the move was an attempt to influence the conversation surrounding pesticides and GMOs.

According to Bayer, Monsanto hired a PR firm to draw up the lists on its behalf. They included mostly "politicians, journalists and other interest groups" in six European countries, the U.K. and other EU entities.

The company says it's taking action by hiring a legal team to probe the data collection activity. Law firm Sidley Austin will look into how many names were on the lists and whether more people or groups could be affected.

Bayer purchased Monsanto in 2018 for more than $60 billion and has since run into multiple legal issues regarding the unit.

So far, since 2018, three jury cases have resulted in multimillion-dollar verdicts on the premise that Monsanto's weedkiller Roundup contributed to the plaintiffs' cancer diagnoses. Bayer's appealing the rulings, but thousands of other similar state and federal cases are still awaiting trial.

Roundup is sold around the world and is widely used in the U.S. Federal regulators say the product is safe to use under the label's directions, but World Health Organization researchers have called it a probable human carcinogen.

Bayer says the law firm will contact people included on the stakeholder lists by the end of next week.