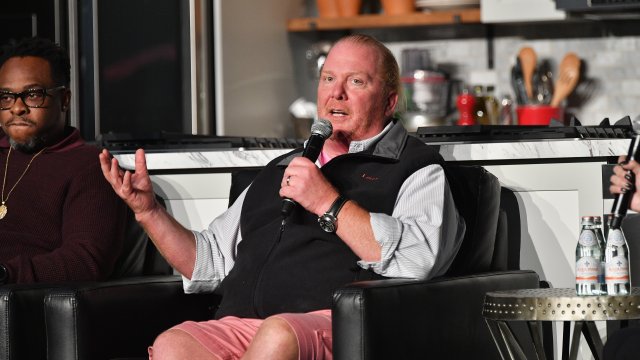 SMS
Mario Batali Facing Charges Over Alleged Groping Incident In Boston
By Alec Larson
By Alec Larson
May 23, 2019
The celebrity chef is accused of groping a woman in 2017 in Boston's Back Bay neighborhood.
SHOW TRANSCRIPT

Celebrity chef Mario Batali has been charged with battery and indecent assault based on allegations that he groped a woman in Boston in 2017.

According to the Suffolk County District Attorney's Office, the charges stem from an alleged incident that occurred in March 2017 in Boston's Back Bay neighborhood. An arraignment is set for Friday at the Boston Municipal Court.

Batali's attorney denied all allegations against his client in both the criminal and civil lawsuits against him.

If he's convicted, he could face up to five years in prison and have to register as a sex offender.

Batali's restaurant group cut ties with him in 2018 after a series of other sexual misconduct allegations came to light. The police investigation into those allegations was eventually closed due to a lack of evidence.