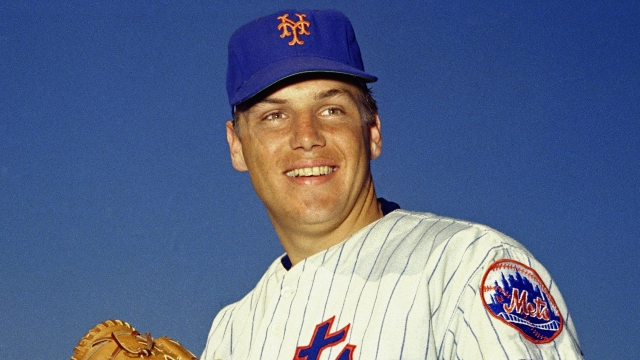 SMS
Baseball Hall Of Famer Tom Seaver Dies At 75
By Nathan Byrne
By Nathan Byrne
September 3, 2020
In March 2019, Seaver's family announced he was diagnosed with dementia and would retire from public life.
SHOW TRANSCRIPT

Baseball Hall of Famer Tom Seaver died Monday from complications of dementia and COVID-19. He was 75 years old.

In a statement Wednesday, Mets ownership said Seaver was "simply the greatest Mets player of all-time and among the best to ever play the game." In his 19-year career, Seaver had five 20-win seasons, winning 311 games in all. He racked up 3,640 strikeouts and pitched 61 shutouts. In 1992, he was elected to the Hall of Fame on a then-record 98.84% of ballots.

In March 2019, Seaver's family announced he'd been diagnosed with dementia and would retire from public life. he continued to work at the vineyard and winery he co-founded with his wife, Nancy. He's survived by his wife, two daughters and four grandsons.