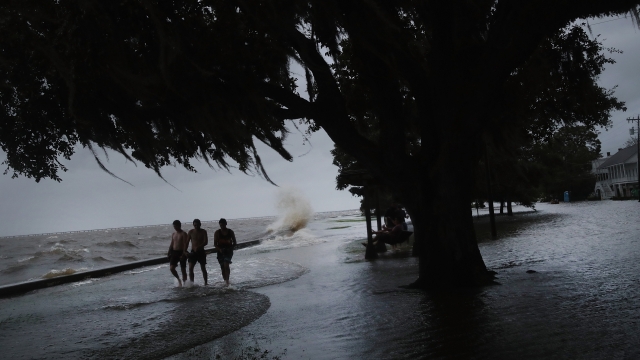 Barry is now slowly making its way through Arkansas.

The National Hurricane Center says the storm's moving about nine miles per hour with maximum sustained winds at 25 miles per hour. There isn't expected to be much change in Barry's strength for a couple of days.

Parts of Texas and the mid-Mississippi Valley and much of Louisiana, Mississippi and Arkansas have flash flood watches and warnings in effect.

The storm made landfall in Louisiana as a hurricane Saturday, leaving tens of thousands of people without power and canceling flights. It was downgraded from a tropical storm to a tropical depression Sunday.

Barry could make its way as far north as Missouri.