Barry Makes Landfall As A Category 1 Hurricane, Before Weakening 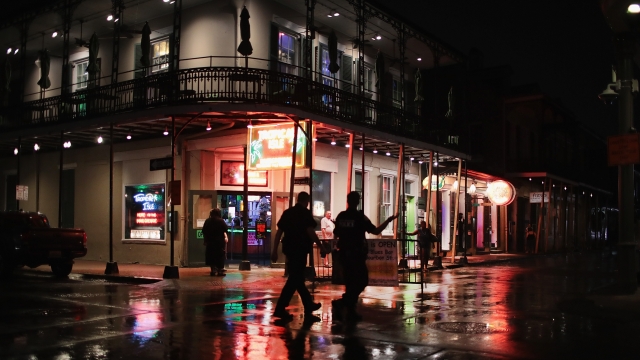 SMS
Barry Makes Landfall As A Category 1 Hurricane, Before Weakening
By Alec Larson
By Alec Larson
July 13, 2019
Parts of southern Louisiana and coastal Mississippi could see as much as 25 inches of rain over the course of the storm.
SHOW TRANSCRIPT

Prior to making landfall on Saturday, Barry was upgraded to a Category 1 hurricane before later being downgraded to a tropical storm. Residents of Louisiana and Mississippi braced for potential flooding and storm surge as the storm pushed inland.

Conditions in Louisiana continued to worsen throughout the day Saturday after Barry made landfall in Intracoastal City. Some 77,000 state residents were without power, and Louis Armstrong New Orleans International Airport canceled all of its flights.

Officials predicted that areas of southern Louisiana and coastal Mississippi could face as much as 25 inches of rain over the course of the storm.

In warning potential impacts, Louisiana Gov. John Bel Edwards said, "the real danger in this storm was never about the wind anyway, it's always been about the rain, and that remains a very significant threat."