The Decline In Millennial Entrepreneurs Threatens The Economy 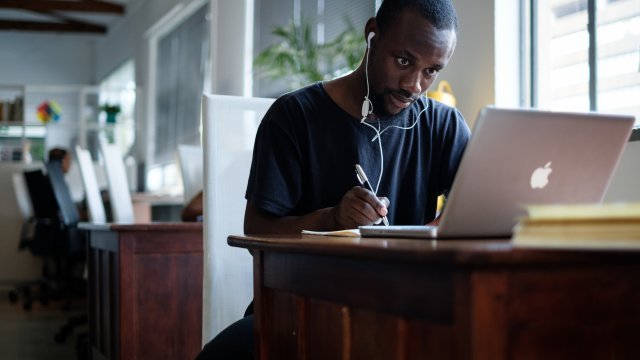 SMS
The Decline In Millennial Entrepreneurs Threatens The Economy

By Bianca Facchinei
December 13, 2018
Economic growth is at risk with less people creating their own businesses.
SHOW TRANSCRIPT

The term "startup founder" brings to mind young billionaires like Facebook CEO Mark Zuckerberg or Snapchat CEO Evan Spiegel, both of whom are under 35 and quickly shot to success. But these young entrepreneurs are more the exception than the rule.

There's been a consistent decline in the number of millennial entrepreneurs in America, according to the Small Business Administration. Some experts say that slump shows no sign of stopping.

"We feel that clearly, there is a danger that you've got another lost generation," said Jonathan Ortmans, founder of the Global Entrepreneurship Network.

So why are millennials hesitant to start their own businesses? For starters, they're the most educated generation in the country, which could be playing a role in their career decisions.

"Once you get into college, your mindset changes in terms of what you want to do with respect to a career, which is to find a job rather than start a business," said Karen Kerrigan, president and CEO of the Small Business & Entrepreneurship Council.

But even with jobs, the state of the economy hasn't really been on millennials' side.

Low wage growth and rising rent costs make it difficult to take entrepreneurial risks. And the growing student debt crisis adds a new challenge for young people who want to start their own company, which usually requires taking on debt of some sort.

"The student loan debt issue is a tough nut to crack because you want to pay off that debt, you may not have the access to capital to start a business, and I think unless something happens from a government reform perspective to lessen that load, it is going to continue to weigh on entrepreneurship among this generation for years to come," said Kerrigan.

This perfect storm of barriers might mean trouble for the economy. With less people starting their own business, key economic drivers — like job creation, innovation, and competition — are put at risk. Experts also warn of a threat to the bigger picture of America's foundation.

Despite the obstacles, entrepreneurs say there are some upsides that have made building your own business easier, like advanced technology.

Other innovations like cloud computing and social media have torn down some age-old barriers to starting a business. If aspiring entrepreneurs are facing a uniquely challenging landscape, they've also got some new tools to help tackle those problems.