Barr Says He Expects To Release Mueller's Report 'Within A Week' 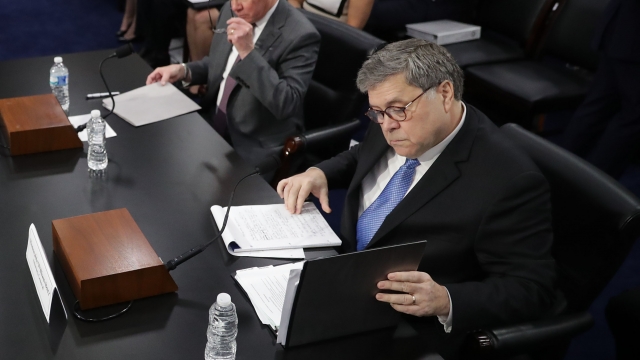 "Within a week I will be in a position to release the report to the public and then I will engage with the chairmen of both judiciary committees about that report and about any further requests that they have," Barr told a House Appropriations subcommittee.

The report is going to be redacted. Barr said he'll be removing grand jury material, information that could affect ongoing investigations, classified information and other details that could implicate the privacy of "peripheral third parties."

Democrats have been pushing for the entirety of Mueller's confidential report to be released and they've threatened to issue a subpoena to get it.

The point of Tuesday's hearing was to talk about the Justice Department's budget — not Barr's handling of the Mueller report. But since it marked the first time Barr had testified since releasing his summary of the findings on March 24, Democratic lawmakers came prepared with plenty of questions.

Barr refused to answer a question about whether the White House had been briefed or shown a copy of the full report.

"I'm not going to say anything more about it until the report is out and everyone has a chance to look at it," Barr said.

Barr previously said in late March that he had no plans to submit all of Mueller's findings to the White House for an executive privilege review.