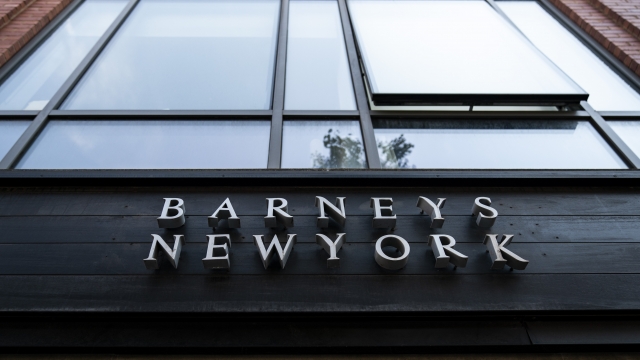 The retailer filed for Chapter 11 bankruptcy early Tuesday after struggling to keep up with the force that is online shopping.

After nearly a century of luxury, Barneys New York will be closing the majority of its 22 U.S. stores — 15, to be exact.

The retailer filed for Chapter 11 bankruptcy early Tuesday morning after struggling to keep up its in-store presence. Some of the 15 stores to close include locations in Chicago, Las Vegas and Seattle. 12 concept and warehouse stores will also close its doors. The department store is said to have $100 million worth of debt, including unpaid rent at its flagship stores.

Barneys is just the latest in the retail industry to fall under the pressure of online shopping. According to a recent study by Coresight, a retail research firm, more than 7,500 retail stores have closed in 2019 so far. This is compared to a little more than 5,800 for all of 2018.

In a statement, CEO Daniella Vitale said, "Like many in our industry, Barneys New York's financial position has been dramatically impacted by the challenging retail environment and rent structures that are excessively high relative to market demand."

In the meantime, it's unclear what will happen to Barneys' 2,300 employees, most of which are full time. The company has not announced when these locations will close their doors.