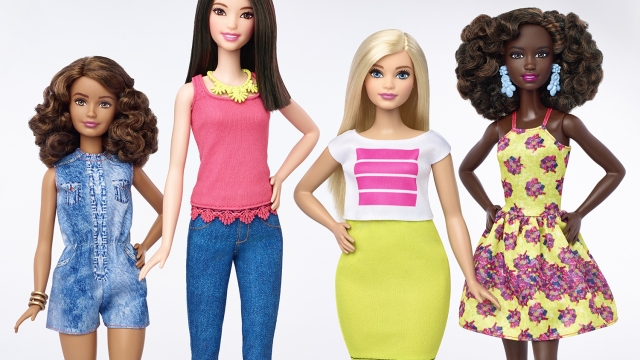 The makers of Barbie are responding to cries for the iconic dolls to show more diversity.

Mattel's new 2016 Fashionista dolls now come in four body types. In addition to the original build, dolls will also be available in tall, curvy and petite. They also have new face shapes and skin tones.

In 2015, the company revealed a less drastic expansion by introducing dolls with more skin tones and flat feet. (Video via Mattel)

"It's important for Barbies to look different, you know, like the real people in the world," a girl said in a Mattel video.

Barbie is contentious, and opinions of the doll have varied. Mattel says this latest revision is meant to be "more reflective of the world [girls] see today."

Mattel executives told Time Barbie's evolution was inspired by "softness in sales" and feedback from moms — particularly millennial moms — who said Barbie was a poor role model and had an unrealistic body type.

Not all the clothes will fit perfectly across all dolls now, but Mattel says the move represents "progress, not perfection."

The dolls are scheduled to debut in stores in spring 2016.