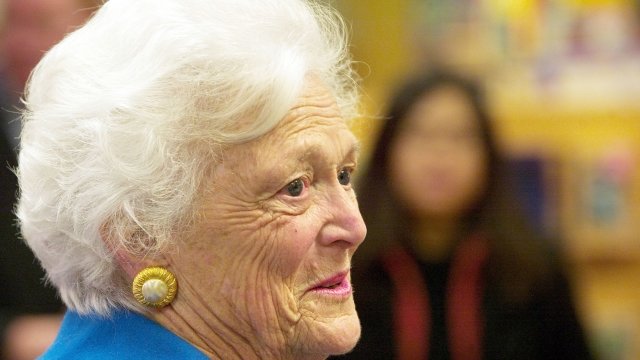 Former President George W. Bush shared a heartwarming photo of his late mother on Instagram. The caption read, in part, "Mom kept us on our toes and kept us laughing until the end. I'm a lucky man that Barbara Bush was my mother."

And her granddaughter, Jenna Bush Hager, wrote on Instagram that she was the glue that held their family together.

As of Wednesday morning, former President George H.W. Bush had yet to publicly comment on his wife's death.

But Bush Hager said in her Instagram post there's no doubt he is "missing his beloved desperately."

Barbara and George H.W. Bush were the longest married couple in presidential history. And she was only the second woman in U.S. history to have both a husband and a son become president.