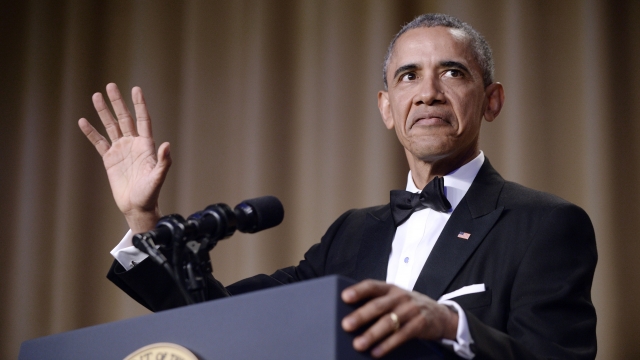 The president has a long history of criticizing the current Republican front-runner.

President Obama is on a bit of a roll this week dissing Republican front-runner Donald Trump.

"You know I've got to talk about Trump," Obama said.

It started Saturday with the White House Correspondents dinner, but on Tuesday, Obama lobbed more criticism at Trump.

Obama told WMUR in Manchester, New Hampshire, "I think that he is not somebody who even within the Republican Party can be considered as equipped to deal with the problems of this office."

The president hasn't been shy about his feelings about Trump, starting at the White House Correspondents Dinner in 2011.

"I am releasing my official birth video. Now, I warn you, no one has seen this footage in 50 years, not even me.

This video includes clips from The White House and C-SPAN, and images from Getty Images.