Barack And Michelle Obama's Official Portraits Have Been Revealed 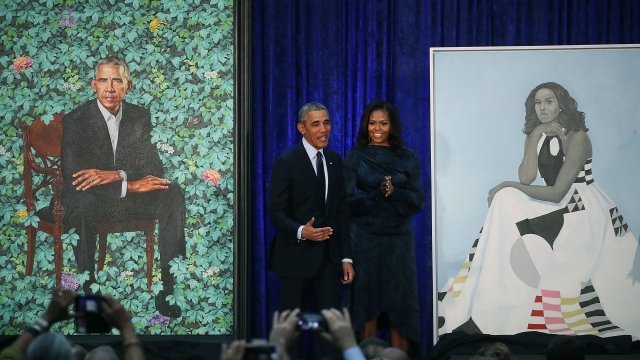 The former first couple's portraits were unveiled at the gallery Monday. Barack's was done by Kehinde Wiley, while Amy Sherald painted Michelle's.

Both Obamas seemed pleased with the end result.

"As I stand here today with all of you and look at this amazing portrait that will hang among so many iconic figures, I am a little overwhelmed, to say the least," Michelle said.

But Barack joked that there were some things about his portrait he tried to get the artist to change.

"I tried to negotiate less gray hair, and Kehinde's artistic integrity would not allow him to do what I asked," Barack said.

Both portraits will be available for the public to see on Tuesday.