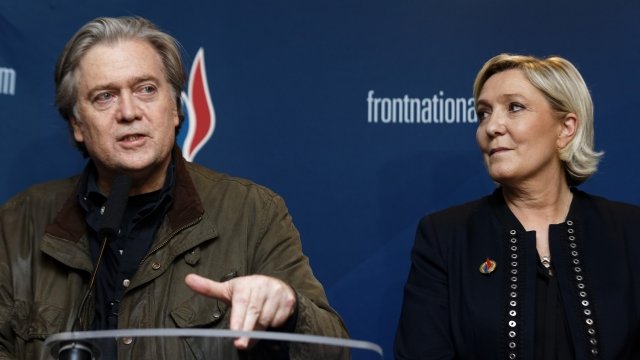 Steve Bannon is back, and he seems to have international aspirations. On Saturday he spoke in France at the far-right National Front party congress.

The National Front is seeking to rebound after a major electoral loss in France's national election last year. Bannon told party members history was on their side and they should wear the label "racist" as "a badge of honor."

That's out of line with party leader Marine Le Pen's ambitions, though. She's angling for a party name change since "National Front" is associated with the openly racist party of her father.

The speech was part of Bannon's European tour promoting his brand of anti-immigrant, far-right populism.