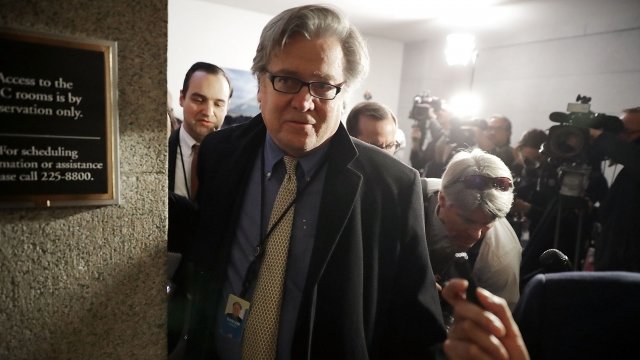 White House adviser Steve Bannon was reportedly laying low amid rumors his job might be in jeopardy. And then he called up the co-editor of The American Prospect — a notably liberal magazine critical of President Trump — to vent a bit.

Robert Kuttner, the magazine's co-founder and co-editor, said he was contacted out of the blue by Bannon's assistant on Tuesday. On the phone, Bannon unloaded his thoughts on China, North Korea and the white nationalist movement.

Kuttner also wrote he was "a little stunned" to hear from Bannon. The White House strategist told Kuttner he had been following the writer's work for years and added they share the same opinions regarding China.

Within hours, the article on Bannon's comments crashed The American Prospect's servers.

Bannon's biggest divide with his boss was on North Korea. He said the country's military threat to South Korea meant "there's no military solution here, they got us."

This contradicts Trump's previous statements on the issue.

"They will be met with fire and fury like the world has never seen," Trump said earlier this month. 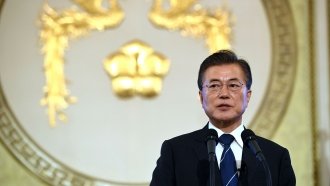 South Korea's President Promises Citizens 'There Won't Be Another War'

In regard to Charlottesville, Bannon dismissed the white nationalist movement as a "collection of clowns." The statement might be a bit of surprise to Bannon's critics, who often accuse him of stoking racial grievences.

Though it's worth noting that Bannon doesn't personally consider himself a white nationalist. He prefers to go by the term economic nationalist.

That being said, the bulk of what Bannon wanted to talk about with The American Prospect involved an economic war with China. If the U.S. isn't focused on that, Bannon says China could become an economic hegemon in 25 or 30 years.

Everything else — North Korea, Charlottesville and identity politics — is just a distraction to Bannon.

Since the article was published Wednesday, Bannon said he never intended to do an interview. But in the article, Kuttner wrote that Bannon never stated whether the phone call was off the record.