Banks Ordered To Hand Over Trump Financial Records To Congress 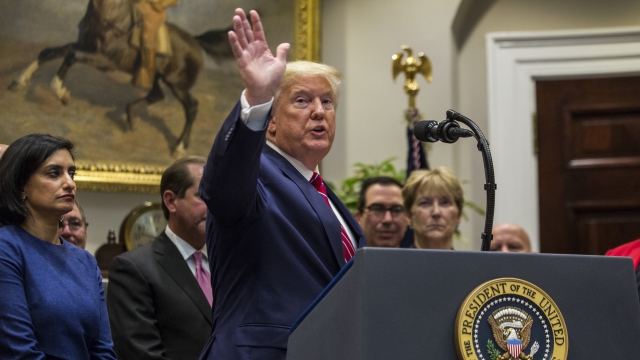 Let's back up a bit. The House committees on Intelligence and Financial Services each issued subpoenas to the president's longtime lender, Deutsche Bank, and Capital One in mid-April. The committees are requesting a slew of financial information and tax records pertaining to President Trump, the Trump Organization and his immediate family.

Shortly after, the president, his three oldest children and the Trump Organization sued the two banks in an effort to prevent them from turning over the financial records. They argued in their lawsuit the subpoenas were invalid because "they have no legitimate legislative purpose."

The district court sided with the committees, and largely, so did the appeals court. The three-judge panel wrote, "the interests of Congress in pursuing the investigations for which the challenged subpoenas were issued substantially 'overbalance' the privacy interests invaded by disclosure of financial documents."

Although this court decision is being seen as a big win for Democrats, it's worth noting that both Deutsche Bank and Capital One have already told the court they don't have any copies of President Trump's tax returns. Deutsche Bank does possess some returns sought by lawmakers, but it's unclear whose they are.

The appeals court set out a timeline for the banks' compliance. But the judges put a hold on their own ruling for seven days to give the president's attorneys time to appeal to the Supreme Court.