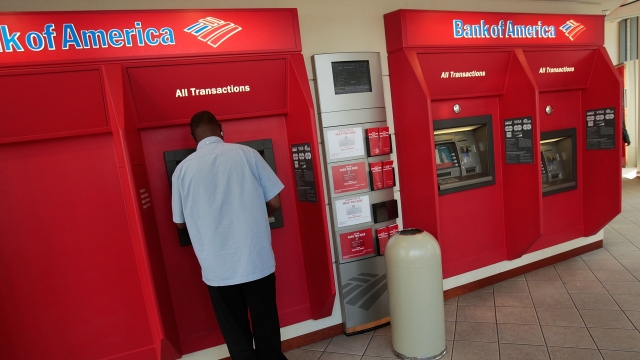 Bank of America is raising its minimum wage to eventually reach $20 an hour.

The bank announced Tuesday that its hourly employees will see their paychecks go up to $17 an hour starting May 1. That base pay will climb incrementally until 2021, when it hits the $20 mark.

It's not clear exactly how many employees will benefit from the wage increase, but the company employs more than 200,000 people.

Research from 2013 found that one-third of bank tellers receive some type of public assistance, like Medicaid or food stamps.

Bank of America had already upped its minimum wage to $15 an hour back in 2017.

Multiple states are in the process of phasing in minimum wage increases. Congressional lawmakers have also been working on passing legislation that would more than double the federal minimum wage over the next five years.