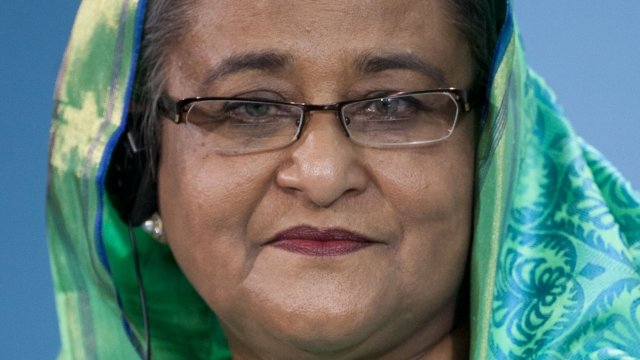 Bangladesh's prime minister and her party will remain in power.

The opposing Bangladesh Nationalist Party only won a handful of seats. It denounced the election results, accusing the Awami League of rigging the vote. But Hasina denied the opposition's claims, and election officials said there won't be a new vote.

Sunday's election was also marred by violent clashes between supporters of the ruling and opposition parties. Authorities say at least 17 people were killed during the vote.