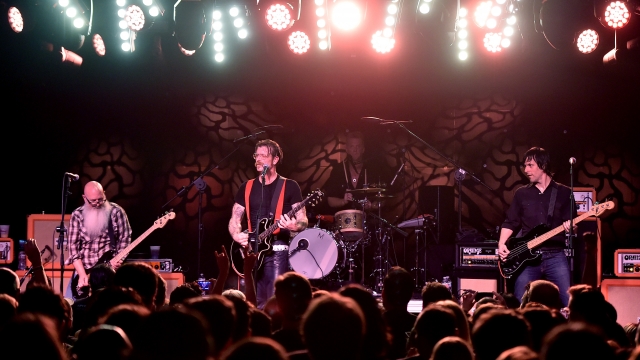 SMS
Band That Survived Paris Attacks Cut From French Music Festivals
By Melissa Prax
By Melissa Prax
May 22, 2016
Eagles of Death Metal won't be performing at two French festivals after one member made controversial comments about the Paris attacks.
SHOW TRANSCRIPT

A rock band whose members survived the November Paris attacks got cut from the lineups of two French music festivals over one member's controversial comments.

Members of the Eagles of Death Metal were at the Bataclan to perform the night of the attacks that killed at least 130 people and injured hundreds — 89 of whom were at the show.

In February, frontman Jesse Hughes told a French TV station that France's gun control laws did nothing to stop the attacks.

And later, he implied the Bataclan's security guards might've been involved in the attack; a comment the theater's spokesperson called "insane."

"It seems rather obvious that they had a reason to not show up," Hughes said.

Hughes later apologized for what he dubbed "absurd accusations" about the guards and said his comments were "unfounded and baseless."

But then in May, he voiced concerns about Muslims, saying he "saw Muslims celebrating in the street during the attack."

The organizers of the festivals said in their cancellation announcements that they're "in total disagreement with" him.