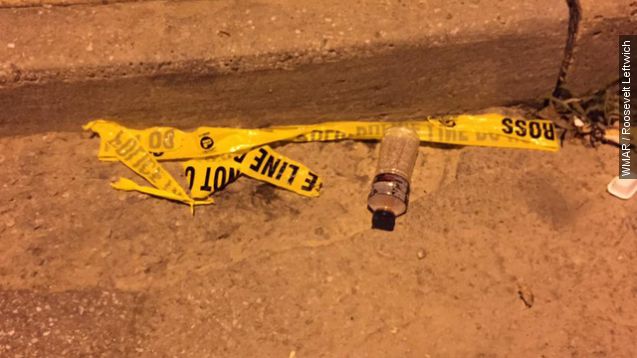 SMS
Baltimore Shooting Leaves Three Dead, One Injured
By Jake Godin
By Jake Godin
July 8, 2015
A quadruple shooting in Baltimore near the University of Maryland left three dead and one injured. Police are looking for suspects.
SHOW TRANSCRIPT

A quadruple shooting in Baltimore Tuesday night has left three people dead and one injured near the University of Maryland.

According to Newsy's partners at WMAR, Baltimore Police homicide detectives are investigating the scene. One man died at the scene while another man and woman died later at the hospital. A fourth victim is currently listed in stable condition.

One woman identifying herself as the mother of one of the victims was at the scene and spoke with WMAR.

"That's my son, I have three sons. That's my first born. ... We gonna find out who killed my child."

The names of the victims have not been released yet, and police are currently searching for suspects and a motive.

Although the shooting occurred near the University of Maryland, it's not known if it's connected to the campus.

Citing the police, UMB released an alert saying two light colored vans pulled up to the victims before a shooter emerged from each one and started firing into a group of people on the corner of the street.

According to The Baltimore Sun, another shooting took place just five days before this latest one. Shots were fired into a vehicle and the passenger was injured.

Those with more information are being asked to call homicide detectives.

This video includes an image from Matt Chan / CC BY ND 2.0​ and WMAR / Roosevelt Leftwich.