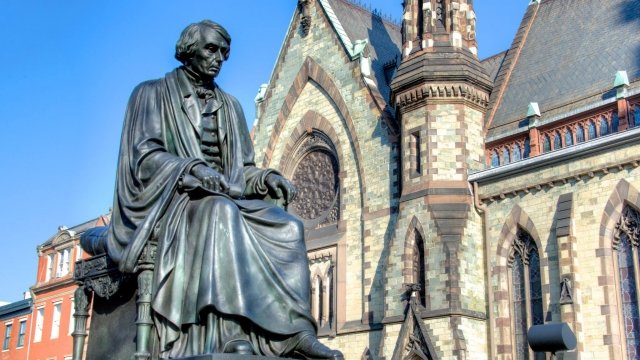 SMS
Baltimore's Confederate Monuments Were Torn Down Overnight
By Lindsey Pulse
By Lindsey Pulse
August 16, 2017
The Baltimore City Council voted unanimously this week to remove the statues after the events in Charlottesville, Virginia.
SHOW TRANSCRIPT

Crews in Baltimore have removed the city's Confederate monuments.

The city council voted unanimously Monday to get rid of the four statues after groups belonging to the so-called alt-right rallied in Charlottesville, Virginia. The weekend rally left one woman dead.

Newsy's partners at WMAR report dozens of people celebrated as the monuments were torn down in Baltimore overnight Tuesday. 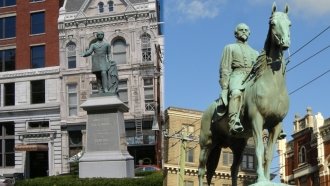 One Mayor In Kentucky Is Pushing To Move Confederate Monuments

Several cities are considering making the same move Baltimore did in light of the events in Charlottesville. Officials from cities in Texas, Tennessee, Florida, Kentucky and others have expressed interest in removing Confederate symbols.

It's unclear what will happen to the statues in Baltimore now that they've been taken down.

Some want to see them destroyed and made into other statues, while others think they should be put in a museum.