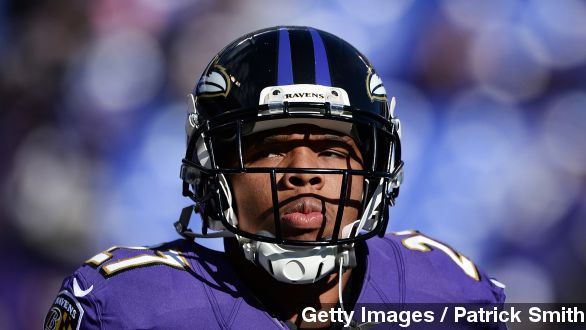 By Jamal Andress
September 8, 2014
The Ravens tweeted that running back Ray Rice has been released from his contract after a video emerged that appears to show him punching his fiancee.
SHOW TRANSCRIPT

The Baltimore Ravens have released running back Ray Rice from his contract after a video emerged that appears to show Rice punching his then-fiancee in an elevator. The Ravens tweeted the news Monday.

Shortly after, the NFL issued this statement saying Rice is suspended indefinitely.

The video released Monday is the second video to be released from the incident. The first appears to show Rice dragging Janay Palmer, who is now his wife, unconscious from the elevator.

Rice was suspended by the NFL for two games after the release of the video, which prompted swift backlash from across the sports landscape. (Video via Sports Illustrated)

But the fallout from this latest video has arguably been even more severe. The league has so far denied it had access to the footage before issuing the two-game suspension.

However, several reporters, including ESPN's Jane McManus, have reported the NFL had access to the same evidence as police when evaluating the case.

"If the NFL had seen that video and suspended Ray Rice two games, it's an embarrassment of the highest proportion."

Ray Rice has not responded publicly to the news of his release.